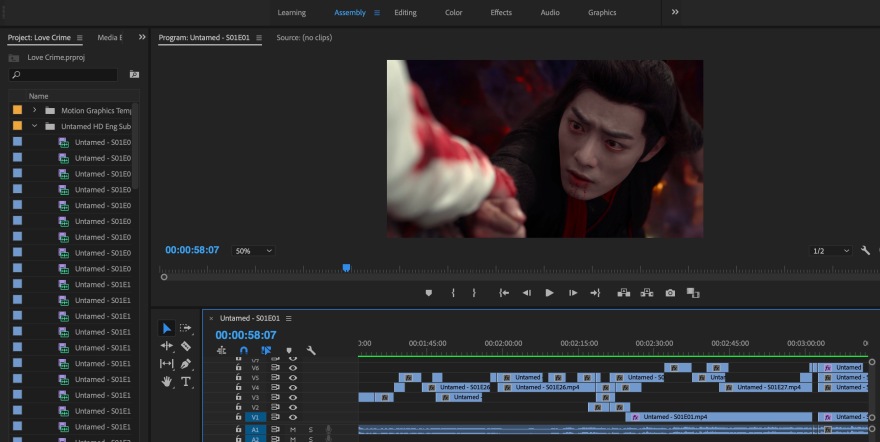 For years I’ve been dancing around doing the five videographic exercises offered by my colleagues Jason Mittell and Chris Keathley as part of their recurring Workshop on Scholarship in Sound and Media in (affectionately known by participants as Video Camp) and most recently in the new edition of their book The Videographic Essay: Criticism in Sound and Image (Caboose, 2019). I actually took a stab at the exercises once before, about a year ago, with Twin Peaks: The Return, but ran into a wall with the voiceover exercise, and then the semester began, and well, you know how that goes.

But now, I’m on sabbatical, and beginning to dig into a large multimodal project on transcultural fandom and fan video, and doing these exercises seemed like the perfect way to kick start this project. And wow, was it ever. If you’re stuck with a media-related project (be it academic of fannish), or having trouble in some way, I cannot recommend these more! I feel like they’ve ignited my brain and my creativity, my academic work and my vidding.

So I thought I’d share my exercises here, one by one, and some of my early thoughts on them and the ideas they touch on. If you click through to each exercise’s individual post, I’ll include additional thoughts on each one there.

I’d love to hear your thoughts in the comments, and if you decide to do the exercises yourself, please do share the results (if you feel comfortable doing so, of course)!

GUIDELINES: Pechakucha. Create a video of exactly 60 seconds consisting of precisely 10 video clips from a single film, each lasting precisely 6 seconds, assembled with straight cuts. Audio should be one continuous sequence from the same film with no edits.

GUIDELINES: Voiceover. Produce a short (3 minute max) video on your selected film using your own voiceover. The voiceover should relay an anecdote, tell a joke, read from some piece of writing, or otherwise provide an independent channel of material not overtly related to your film. The content can be your own original material or reading something others have written / spoken. The project must also incorporate some sound from the film itself. Video should be one continuous sequence from the film; duration and/or scale can be manipulated, but it should include no new video edits.

GUIDELINES: Epigraph. Select a sequence from your film, and a quotation from a critical text (not specifically related to your film) of no longer than 10 sentences. Alter the video sequence in some noticeable way using at least two different types of transitions or effects. Either replace or significantly alter the soundtrack. The quotation should appear onscreen in some dynamic interaction with the video. The video should not be longer than 3 minutes.